The Great Railway Show is an international competition involving engines from all over the world, who compete in events for speed, strength and skill. During The Great Race and The Big Race, the show was held in England.

This competition was held in the south-western yard of the venue, at 12:30 PM. The competition involves five steam locomotives, who are coupled to large flatbeds of bricks and must pull them over an inclined track. During the very first Railway Show, Carlos was the winner of this competition.

This competition was held in the main yard of the railway show venue, at 1 PM. Contrary to the other events in the Railway Show, this event was more of a parade than a race, and is the only event of its kind in the show. Engines are decorated or painted in or decorated with vibrant and elegant designs, and pass through the main yard with a brass band while the judges determine who the best decorated engine is.

The contestants for this competition include James, Emily, Rajiv, Carlos and Yong Bao. Rajiv was the winner of this event.

This race was held outside of the main railway show venue, and took place at 1:30 PM. Five engines race against each-other to determine who can reach the finish line first. During this event, Gordon's boiler burst when his safety valve was not fitted.

The contestants for this competition include Gordon, Flying Scotsman, Spencer, Axel and Etienne, the latter being the winner of the race.

This competition is another racing-like event, and takes place in the main yard at 2 PM. Five shunting engines are lined up and must race to see who can shunt a train of trucks first, arranging different types of rolling stock such as box vans, tankers, conflats and brake vans.

The contestants for this competition include Thomas, Ashima, Gina, Ivan and Raul. Percy was originally chosen for the shunting challenge, but dropped out to allow Thomas to compete, in The Big Race, Duck was the one who was originally chosen for the shunting challenge instead of Percy and he wasn't able to compete after Vinnie bashed into his front making it mangled and twisted. Although Thomas ended up losing the event when he gave up his chance of winning, both he and Ashima were declared the winners of the event, but only Ashima won in The Big Race.

These engines did not participate in any of the events, and only served as either shunting engines arranging trains in the yard, taking visitors around the yard or representing their team's country. 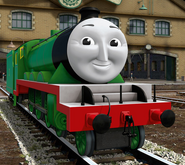 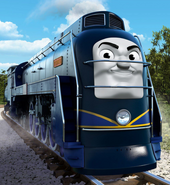 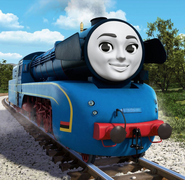 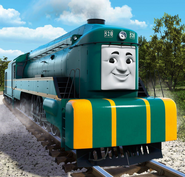 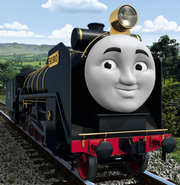 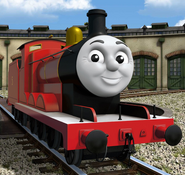 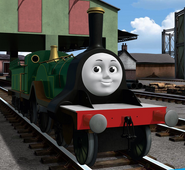 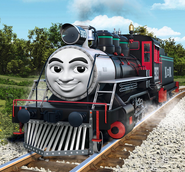 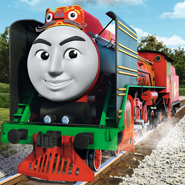 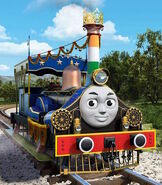 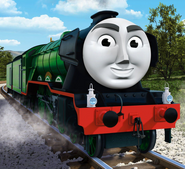 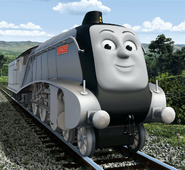 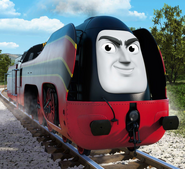 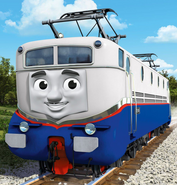 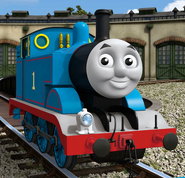 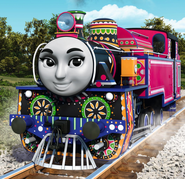 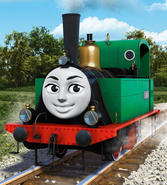 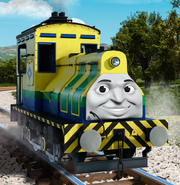 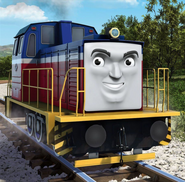 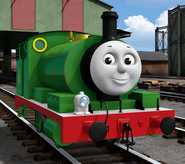 Percy (The Great Race only; dropped out) 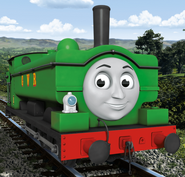 Duck (The Big Race only; dropped out) 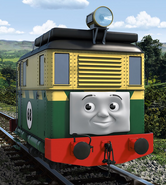 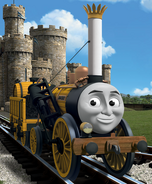 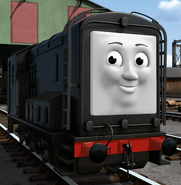 Diesel (The Big Race only; as a diesel shunter) 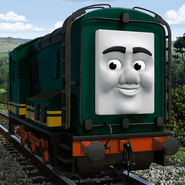 Paxton (The Big Race only; as a diesel shunter)

Three of the The Great Railway Show Diesels
Community content is available under CC-BY-SA unless otherwise noted.
Advertisement